Play through classic 8-bit style graphics and a retro-inspired soundtrack as you help our zany cast of scientists protect communities by preparing against climate disasters that occur around the USA.

Climate Quest is a game that gives the player the power to influence mass climate change events and learn about how climate change can affect the cities and towns that they live in. Each game event has been vetted by climate scientists for scientific accuracy.

This game is brought to you by the EarthGames team at the University of Washington, and proudly debuted at the Smithsonian Museum of Natural History in January 2016 after winning first place at the national Climate Game Jam. The 2015 Climate Game Jam had the theme of "Adaptation to Climate Change" and was sponsored by the White House, the Smithsonian and NOAA.

Climate Quest is for ages 8 and up, and is designed to be played in a museum, classroom, or home setting. It takes approximately 10 minutes to play through the game. Teachers and parents can also utilize our accompanying teaching material accessible at our site (earthgames.org) to extend the learning experience.

America is a whole damned continent, and calling only the United States by that name is downright supremacist. I don't care if you were raised thinking being an entitled Anglo-American is normal, but it sure isn't, and we are majority here in this continent.

"Help a zany cast of scientists SAVE THE WORLD by preparing against climate disasters across America!"

Only a bit of Mexico shows, so it doesn't even count for the northern half of the continent. Its again US in the center of the freaking planet they destroy.

The Third World War, fought against Coronavirus, showed us how the countries most responsible for Climate Change and overall pollution of basins and oceans will deal with the longer crisis: rich, white, and supremacists first. "Amerikkka" first. By hogging supplies, sending UBERMACH-7 jets to steal purchases of medical equipment in China, letting billions of vaccines go to waste and on top of all that playing all philanthropists by "giving away" a small portion of those expired ("expired for us, better species; *you* guys are probably safe") to poorer countries, United Supremacists Anglos showed their true face.

You can't fight a global issue by sticking your head up your ass and berating how number one of the bestests of the best your fart smells.

There is an ongoing global issue that won't go away if rich countries (yes, Europe too, but mainly the US) don't repay the odious debt they've forcibly charged from developing countries meanwhile shoving them with older electronics and marvels of the modern waste.

Rich countries literally forced some countries to buy their trash, while pointing fingers of how dirty said countries have become. Rich countries outsourced production and pollution and pointed fingers and China, Malaysia, Thailand and so on for inhumane working conditions and pollution, even if those countries advanced much more quickly (what hadn't been done in a century) in sustainable energy and means of production.

This game is ecofascism.

This game is structural United-Statian supremacy.

This game sends a much stronger latent message then the explicit one, about "climate" or whatever.

This game is not even libre or open source and it poses itself as "Educational", "Environmental" and "Free" (perhaps cost-free or worry-free, then it makes sense).

This game is douchery.

We played this for my geo class lol! Nice job. 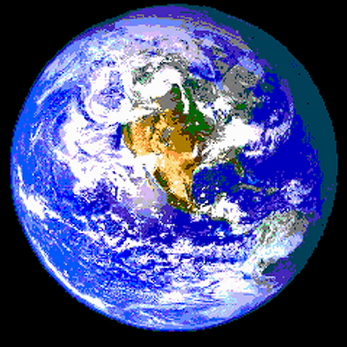